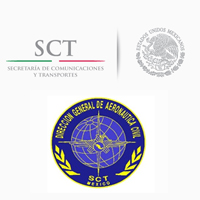 The Communications and Transportation Ministry (SCT) excercises aviation and airport authorities, through the DGAC, represented by the General Commandership responsible for a group of inspectors in the Mexico City International Airpor.  The functions and activities of the General Commandership are governed according to the provisions of the Law and Regulations on Airports and Civil Aviation, as well as the Law on General Forms of Communication, Official Mexican Standards and other applicable legislation in such matters, in order to comply with national and international security standards that must be used in AICM operations. It performs, among others, the following major activities: