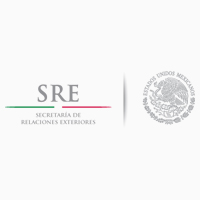 The H. Diplomatic Corps and International Body service office at the AICM, part of the General Protocol Directorate, has the primary function of serving members of H. Diplomatic Corps credentiale by the Mexican government, who must have Airport Identification Cards (TIA) to enter the different parts of the AICM.

The functions of this office, among others, include:

In order that services be properly provided to the H. Diplomatic Corps in the airport, requests for help must be submitted to the General Protocol Directorate by Note Verbale, on business days and at least 48 hours before the date and time that service is needed.

When the request regards summits, international meetings, symposia or forums, the request must be sent at least 72 hours in advance.

More information
We suggest you visit the following website SRE

Collaborating with Regional Immigration Suboffice and Mexican diplomatic and consular representation abroad for the correct admission of foreigners, as well as providing essentials to the SRE Consular Affairs and Protection General Directorate for improved expediting of immigration and consular documents.

Function
Assistant to the Regional Immigration Suboffice, in the airport, reviewing immigration and consulate documentation expedited by our diplomatic and consular representatives abroad for foreigners wishing to come to Mexico for any activity considered in general public law.

Person in charge and Location.

More information
We suggest you visit the following website SRE